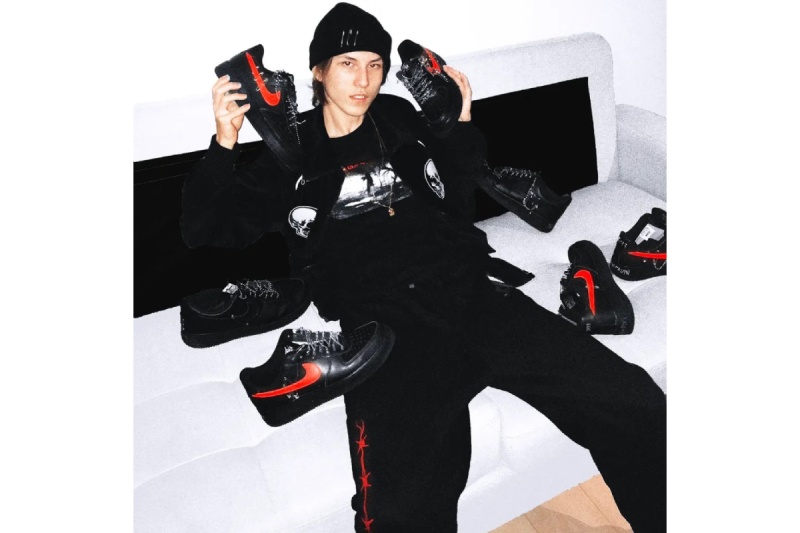 Keagan Hoffman, born in Tokyo, Japan, has been creating art since a very young age. After the 2011 Tōhoku earthquake and tsunami, Hoffman decided to move to the United States to secure his dream career of creating art, music, and fashion for everyone to share, adore, and inevitably copy.

Hoffman shared with us that his first time learning graphic design was through pixel art, a very out-dated, simple application. He learned that usually you don’t need a bunch of fancy tools to spread a message and create ideas. And I’ve heard this narrative a lot to be honest, this type of thinking is what drives a lot of artists to success.

Currently living in Los Angeles, California, Hoffman has come a long way since then. He is now a known designer in the U.S music scene, and a very popular influencer for fashion and style on the internet.

Hoffman is known for designing many album covers and merchandise designs for many Los Angeles singers and rappers. You’ve probably seen a Keagan Hoffman piece and never even knew it. But his biggest claim to fame is an entire trend that he created and watched become an every-day style choice. Hoffman is known for creating the “Chained” Nike Air Force 1’s seen on people like Playboi Carti and more. Yes you heard me correct. He is the one who first put small silver chains through the laces of Nike Air Force 1’s. The trend that exploded on the internet, Hoffman visualized, and created himself.

Since the massive success of many of his ideas, Hoffman has since worked with artists such as Thouxanbanfauni, Hella Sketchy, Drippinsopretty, Lil Tracy, Lil CandyPaint, Xavier Wulf, Ghoulavelii, Kamiyada, Cold Hart, Atlantic Records and many more.

He plans on releasing more clothes through his brand “Soviet Angels” and more music as “Keagan Hoffman”. Be sure to check out the man of many talents! And don’t be afraid to talk to him! He’s actually a really nice guy! Thanks again for sitting down with us Keagan!