Next Brown Boy On The Map 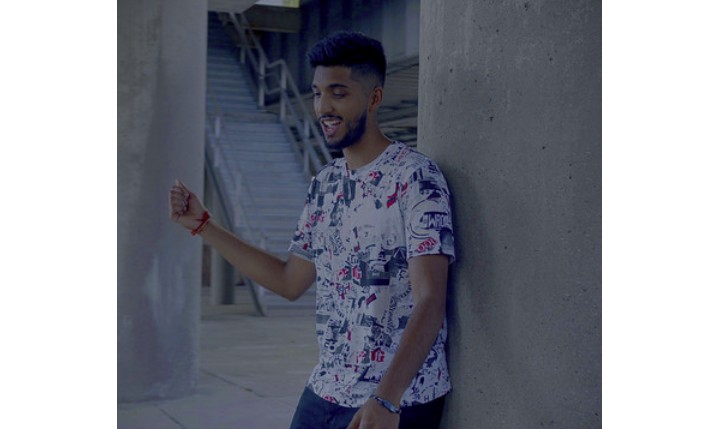 The next brown boy on the map, BollywoodRo, is definitely one you should keep your eyes on in the upcoming years. He conveys a message to everyone that comes across his music. “There is power in understanding yourself and being yourself”. With thousands upon thousands of streams on all streaming platforms, co-signs from legendary artist Freeway, and managers of the likes of Troy Carter, he has checked all the boxes of an artist that is about to blow.

BollywoodRo started off his career with a midi keyboard that he got as a gift from his mother. At first, he would create beats for his basketball teammates to rap over. As he saw improvement over time, he knew that music could tell a story, and inspire people around the world to incorporate meditation modalities into their lives. So, in college, he decided to share music with the world, under the name of KnowRoBeatz. When he first started, it took time for him to get that small buzz, nobody wanted to rap or sing on his beats just yet. He started to record music after his grandfather died shortly after his career started due to cancer. It was self-produced, and was in memory of him. This led to BollywoodRo coming into contact with Cordae’s engineer, Brendan Ferry; he sent him his demo, and Brendan ended up liking the song, and wanting to work with him. These two ended up working to create his first EP, “It’s Time”, which you can now listen to on all platforms.

What makes BollywoodRo different from the rest of the artists these days is how he combines his music with his cultural background. This can easily be heard in his beats, samples, and lyrics. With that, the people who listened to his music could really learn his story, and gain a real sense of connection with the artist that most of the others could not. He is also an entrepreneur, and is in the works of creating his own business that goes by the name AŠVA, which is focused on helping athletes excel on and off the playing field through mind, body, and emotional balance. These two aspects of his career really help with one of his main goals, to help showcase and spread the richness and depth of Indian culture.

At this moment, BollywoodRo is working on releasing a few projects in the coming months with the team at Venice Music, Vuzec, and DJ Rob Mista DMV. The anticipation will undoubtedly be different, with singles being released over time to showcase the craft before the projects come out. Expect the best of the best to arrive as the work is being created with great care. With that being said, Ro is definitely an artist with an immense amount of potential. On this site, we definitely believe that he is one that could reach the levels of his musical inspirations, one being Jay-Z, as the years go by.